Eleven men died from inhaling poisonous gas in a chain of events between 2 and 4 December 1896, at Stockton Colliery in NSW.

The following evening, the furnace-man (Smith) and his assistant (Curran) went to work as usual. At about 4 am the next morning, two deputies started their morning inspection of the mine. Upon opening the No. 1 door, they noticed air rushing towards the furnace and found both the No. 2 and No. 3 doors open. The open No. 3 door was allowing air to pass from the No. 3 district to the furnace. They discovered the bodies of Smith and Curran on the furnace side of the No. 3 door. With great difficulty, due to the foul air which extinguished their lights, the deputies removed the bodies to a safe place.

The deputies and undermanager believed the gas was ‘black damp[1]’ due to its smell and extinctive properties. However, when the inspector arrived, he detected the odour of ‘fire-stink’ (carbon monoxide). An inspection was undertaken with the No. 3 door open and it became apparent, due to the odour of ‘fire stink’ and due to a light that continued to burn, that carbon monoxide was being produced by a gob[2] fire in some part of the district. The inspectors notified the manager that the defect must be remedied. Colliery management decided to remedy the defect by directing a current of air into the No. 3 district through the No. 3 door to the furnace.

After allowing some time for any mine gases to disperse, a party of 12 ventured into the old workings at 9.30 pm on Thursday 3 December to check on the probable fire source. The men were advancing against the air and unconsciously inhaling any noxious gases coming from the workings. The undermanager called a halt and gave an order to retreat. Some of the men succumbed to the effects of the poisonous atmosphere. Struggling and staggering on, three men reached the trap door and alerted the manager, who entered through the trap door and rescued the undermanager and his son. Rescuers continued to arrive, but in the haste and confusion, nine men lost their lives.

Around 1 am on Friday 4 December, the air current was reversed, permitting the rescuers to be either in or within reach of fresh air. The last body was recovered at 11 am. On 5 December, the No. 3 district was sealed off with brick stoppings at all openings of intake or return airways.

The Court of Investigation found the colliery had left its abandoned districts in a dangerous condition. The primary cause of the accidents was removing a stopping three months prior to the accident which was in place to deal with leaking air through the No. 3 district to the furnace. It was removed to clear out gases, which had accumulated, but had not been replaced. With the stopping removed, foul air or gases could pour out of the old workings as long as the No. 3 door remained open.

For the 2 December incident (when the two furnace-men died), the Court of Investigation found the immediate cause was the two victims’ extraordinary recklessness and obstinate disobedience (by leaving the No. 3 door open). The proximate causes were the No. 3 door being the only protection from poisonous gases and the lack of discipline at the mine, which probably led to the carelessness of the men.

For the 3 December incident (when nine men died in the exploration/rescue attempts), the Court of Investigation found the action of management in sending the exploring party into the No. 3 district was ill-considered and the primary cause of the deaths was directly or indirectly adopting a plan to enter against the air. The men died from inhaling carbon monoxide. At a subsequent Court of Inquiry, the certificates of the manager and undermanager were cancelled on the grounds of incompetency and gross negligence. 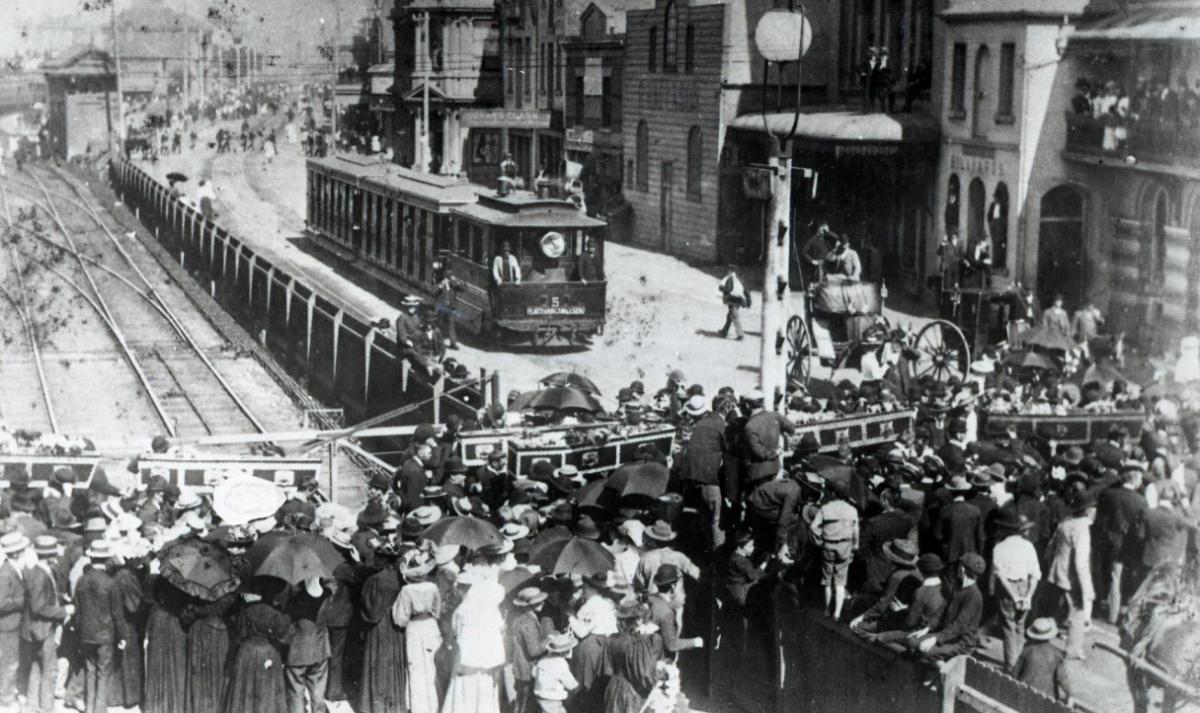 Mine operators must prepare a principal hazard management plan which provides for managing all aspects of risk control in relation to principal hazards of fire and spontaneous combustion. Underground mine operators must ensure a ventilation control plan is prepared to provide for managing all aspects of ventilation at the mine. Refer clauses 24 and 62 Work Health and Safety (Mines and Petroleum Sites) Regulation 2014.

[1] Black damp is an atmosphere in which a flame lamp will not burn, usually because of an excess of carbon dioxide (CO2) and nitrogen in the air.

[1] Gob is a term applied to that part of the mine from which the coal has been removed and the space more or less filled up with waste. Also, the loose waste in a mine. Also called goaf.